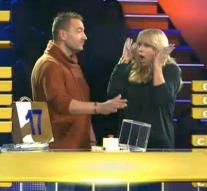 amsterdam - Has producer Endemol acted incorrectly when a participant of the Million Yacht television program accidentally pressed the red button? On this question, the civil court in Amsterdam will give a verdict on Wednesday.

Lawyer Peter Plasman used to argue that his client, Arnold van den Hurk from Son, can finish the game if the judge is right.

Van den Hurk accidentally pressed the red button during his participation in the program in 2013, thereby accepting an amount of 125,000 euros. Later that was found to be the main prize of 5 million euros. Van den Hurk immediately indicated that he was not supposed to push the button and that he wanted to play. That should not be Endemol.

According to the councilor, the man is the owner of the 5 million suitcase because he had chosen it himself. Endemol's lawyer, Jacqueline Schaap, did not agree with that. The amount in her suitcase was not yet Van den Hurk. 'The game is only for a chance of a prize. '