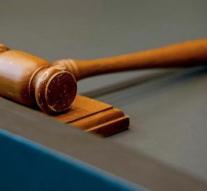 wellington - A New Zealander has been so seriously maltreated by a five-year-old child that the judge dealing with the case broke out in crying. According to The New Zealand Herald, the magistrate said the boy would 'suffer forever' because of the extreme violence that was used to him.

Judge Soana Moala sentenced the 31-year-old man to cell for six years. He took the child home in 2015 and would have repeatedly hit him and kicked him. The boy thus suffered brain damage and missed part of his skull, making him a special helmet every day.

The new foster parents of the child reacted furiously to the ruling. They find that the man has to disappear behind the bars for a lifetime. The judge said there was an understanding, but stressed that she had to adhere to the law. Moala had already tears and eyes that she was emotionally unable to describe the child's injuries.