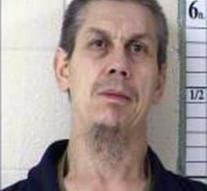 - A former Russian army officer who had joined the Afghan Taliban battle group, Irek Hamidullin, has received a life sentence in the US. Hamidullin was sentenced to life for his role in attacks on US and Afghan troops in Afghanistan in 2009, reported the US Department of Justice.

He is the first foreign fighter who condemned a US federal court for helping the extremists of the Taliban.