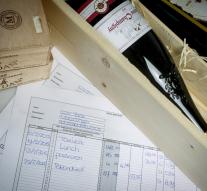 brussels - A group of journalists from all 28 EU countries, drag the European Parliament in court. The case is brought before European Court of Justice because the parliament refuses to disclose how the 751 MEPs spend their allowances.

The journalists killed last summer domestically WOB requests to see the receipts and invoices, but they got the brush-off in September. The requests were rejected because of privacy and because it's too much work would entail. This was reported by the NIS, which represents the Dutch voice in the project.

Members of the European Parliament besides getting their salaries also include allowances for travel, staff and overheads. Last year including salaries 474 million issued to MPs, more than a quarter of the budget.

The journalists think that fees should be public. This is the first Europe- wide project of journalists in the field of open government.