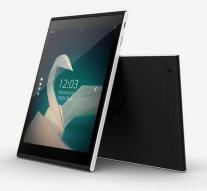 - The Finnish technology Jolla seems to be out of their financial problems. According to minutes of a recent meeting the company received a new cash injection.

Jolla consists largely of former Nokia employees who want to create and publish their own mobile operating system. The company recently began delivery of its first tablet, but it had to temporarily cease for lack of money.

From the minutes is not clear who exactly the new lender is and whether it has already invested in the company tend to agree. The new investment Jolla is also working with the Indian Intex. This is the producer of the first smartphone which Jolla's Sailfish OS operating system and is due for release in 2016.