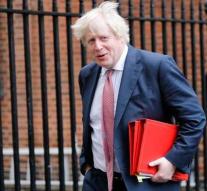 london - The British Foreign Minister, Boris Johnson, is under attack because he 'lied' about the poison novitsjok and because his ministry has removed a tweet in which Russia is held responsible for the poisoning of Sergei Skripal.

According to newspaper The Guardian, Johnson is accused of being told two weeks ago that researchers from a Defense Research Center in Porton Down had said that 'it is absolutely certain' that the peculiar poison, novitsjok, came from Russia.

On Tuesday, the boss from the same center, Gary Aitkenhead, reported that the toxic substance was identified as a novicejok, but it is not clear where that substance came from.