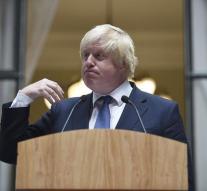 london - The brand new British Foreign Minister, Boris Johnson, on Thursday immediately confronted with a mountain of work. Especially the many comments on his appointment, in their own country but also abroad, kept him busy immediately.

Early morning began with a comment of his French counterpart Jean-Marc Ayrault, which among others called him a liar. But Johnson said quickly that he had just received a most charming letter in which Ayrault who wrote that he looked forward to their collaboration.

Not much later, he said that although Britain leaving the European Union, the country can play an ever larger European role. He even thinks that relations with the EU countries will be intensified.