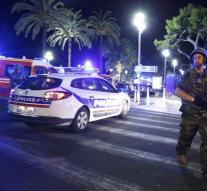 the hague - Terrorism by Muslim extremists claimed 135 people in Europe last year. This is evidenced by the annual terror report published by Europol on Thursday.

The European Police Service received a total of 142 dossiers of failed, distorted or successful terrorist attacks from eight countries. A report from the Netherlands about a right-extremist threat came. A total of 1002 people were arrested in those 142 cases.

Europol registered 47 attacks that could not be prevented. In total, 142 were killed and 379 were injured.

Jihadist terrorism (13 attacks) claimed the most dead: 135 people were killed by religiously inspired attacks. The bloodiest was in Nice, where 86 killed. Six of the thirteen attacks had a direct link with Islamic State.