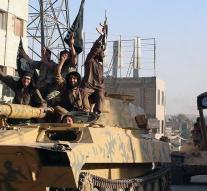 zoetermeer - Violent jihadism and cyber threat next year remain important priorities of the intelligence service AIVD. The service will also developments at the edges of Europe, including the Russian operations, keep a sharp eye.

This is contained in the annual plan for 2016 by GISS that Wednesday was sent to the Lower House. The precise content is secret, but it is reported to the Commission Secretly.

The intelligence service conducts research into the safety hazards caused by the flow of migrants to Europe. These risks are not only dealing with possible jihadist terrorism, but also with tensions between ethnic groups in the Netherlands.

The AIVD will continue to focus on counteracting or not digital espionage. According to the service offer anonymity and profitability of digital attacks " unprecedented conditions " for the perpetrators and their principals and political or economic interests.

" The examples of cyber attacks aimed at espionage and gathering sensitive and valuable information are plentiful and the (potential) damage large ", according to the AIVD.