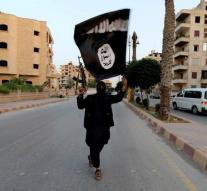 baghdad - A group of Jezidis is liberated in northern Iraq from the terrorist movement of Islamic State. It's about 36 people who have been detained for three years by IS, including children and women, so did the UN organization for the Coordination of Humanitarian Affairs (OCHA) on Sunday. Further details were not given.

According to estimates from the organization, about 1500 Jezidi women and girls are still held by IS. Since 2014, the Jezidis have been victims of IS who kill the men and keep the women and girls slaves. IS considers the members of the ethnic minority who adhere to their own faith as devil worshipers.