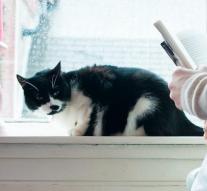 tokio - A Japanese woman died of an infectious disease that she raised through a cat. The cat was infected by the bite of a tick. As far as it is known, it is the first time that a human being receives such an infection by transmission via a mammal.

The Ministry of Health in Japan reported that the woman was suffering from the disease when she helped a weakened cataract. Ten days later, she died of severe fever. The infection caused severe blood clotting problems. The woman was fifty, the BBC reports.

Signs are parasites that can transmit multiple diseases. They are mainly associated with Lyme's disease, which can affect the nervous system, among other things.