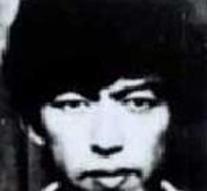 tokio - A Japanese killer who stayed for police for 45 years has recently been arrested. Not earlier in Japanese history, a criminal was in flight for so long. Masaaki Osaka is unlucky, the assassination of murder has been abolished in Japan a while ago.

Osaka killed a policeman in Tokyo in 1972. At that time he was a left-wing revolutionary who threw a molotov cocktail to an agent during a demonstration. The 21-year-old police officer flared and came alive. The perpetrator has remained faithful to his political principles over the years. The apartment in Hiroshima where he was caught belongs to the Chukaku-ha, the Japanese Revolutionary Communist League, according to the BBC on Thursday.

Since his detention, Osaka refused to say anything.