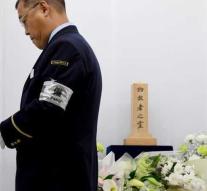 japan - Exactly 23 years after the fatal attack with sarin in the Tokyo subway, speculations in Japan grow that the responsible cultists are quickly executed. Thirteen people were killed in the attack with nerve gas and thousands of people became ill.

Several of the thirteen cult members were transferred to other facilities last week, on which Japanese media began to speculate about their upcoming suspension. In Japan people are only executed when the cases against all of their accomplices have been completed. That happened in this case in January of this year.

It is not known whether the sect members go to the gallows on the same day. Executions in Japan are secret until the last moment and the convicted prisoners are only told a few hours in advance that their end is near.