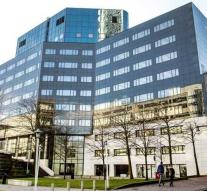 luxembourg - Italy and the city of Milan are officially challenging the decision of the EU Heads of Government to establish the European Medicines Agency (EMA) in Amsterdam at the European Court of Justice. The court in Luxembourg said that the Italians want the decision to be canceled.

This week it turned out that the EMA could only acquire the new building at the Amsterdam Zuidas later than the Netherlands had promised. The now based in London agency expressed some concerns about the available workspace in the temporary accommodation at Sloterdijk station. Italy wants a new decision to be taken because the continuity of the EEA would be at stake.