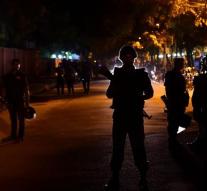 rome - Among the hostages presumably by IS terrorists detained in a popular restaurant in Dhaka, capital of Bangladesh, are probably some Italians. It has a source stated at the Ministry of Foreign Affairs Friday in Rome. He had no information on the exact number of compatriots.

The catering facility that was attacked by a heavily armed group of jihadists, located in the upscale Gulshan where relatively many foreigners live.