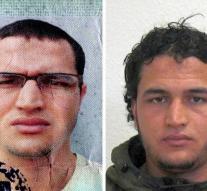 Amri's body was transported to Tunisia at the end of June, more than half a year after the deadly attack on the Christmas market in the German capital. Until that time it was in Milan. That sent Sesto San Giovanni a bill of 2160.18 euros but mayor Roberto Di Stefano does not intend to pay. He calls the bill 'shameful and insulting' and declared never to spend money from its citizens in favor of a terrorist.

However, Di Stefano is against Italian law. For those who write that if no one claims a body, the municipality where the person died died for the cost of conservation.