Home / Tech / Istanbul is a founder of Wikipedia 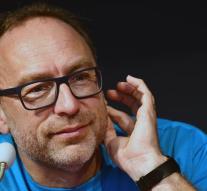 istanbul - After the blockade of the Wikipedia online encyclopedia Wikipedia, its founder, Jimmy Wales, is no longer welcome to Turkey. He would speak at a conference, but the city of Istanbul has withdrawn the invitation on Tuesday. The city council gave no reason for that.

Wikipedia has no longer been read in Turkey since Saturday. According to the Turkish authorities, in the digital reference work, Turkey supports terrorist organizations and refuses administrators to adjust.

Wales began the free encyclopedia in January 2001. The English version has now received 5.4 million articles. In addition, there are also versions in almost three hundred other languages. The Dutch Wikipedia is one of the largest of these articles.