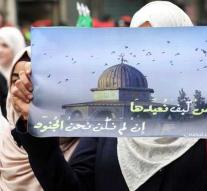 jerusalem - The Israeli embassy in the Jordanian capital Amman has reopened its doors and is fully operational again with immediate effect. Jordan says that Jerusalem has formally apologized for the shooting of two Jordanian civilians by an Israeli security official in July.

That incident cooled the mutual relations even further and led to the closure of the embassy in Amman.

A statement states that both countries have now settled their disputes. It was the death of two employees of a furniture company on July 23, 2017 at the site of the Israeli embassy, ​​after the shooter was threatened with a screwdriver, and an incident in March 2014 that killed Jordanian court.