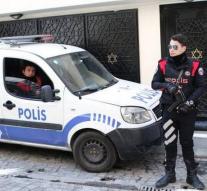 jerusalem - Israeli counterterrorism service on Friday warned of imminent attacks on Western and tourist targets in India. Especially in the southwest of the country would be an 'acute risk' on terrorist violence.

'The emphasis should be put on events in the next few days as beach club during New Year celebrations where many tourists come to,' said the warning.

Other countries warn their citizens even longer to fit in India. 'Throughout India, there is a heightened threat of terrorism', reports of the Dutch Ministry of Foreign Affairs website. For by far the greater part of the land is no negative travel, but it is generally warned of security risks.