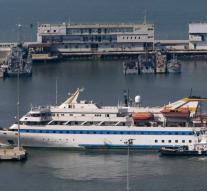 jerusalem - Israel and Turkey come closer to normalizing their ties disrupted. Diplomats from both countries reached Thursday during talks in Switzerland a preliminary agreement for improvement.

The relationship between the countries deteriorated in 2010 by the Israeli military attack on the international aid convoy Freedom Flotilla. The ships were en route to Gaza carrying aid when Israeli commandos boarded the vessels. When the action found nine Turks aboard the ship Mavi Marmara death. Later died tenth Turk.

Under the agreement include that Israel founds a compensation fund. Turkey will abandon its claims as a result of the attack. The country demanded include prosecution of commanders involved. Israeli Prime Minister Benjamin Netanyahu offered his apologies to Turkey earlier.