Home / World / Isabel Allende in the footsteps of father 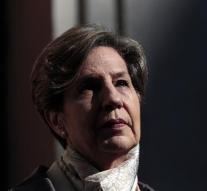 - The Chilean politician Isabel Allende, a distant relative of the writer of the same name, will follow in the footsteps of her father Salvador.

The ruling Socialist Party senator said Saturday in an interview with the newspaper El Mercurio that she plans to join next year's presidential election. She takes it possible to, among others, her party colleague Ricardo Lagos, who has held the post once and aspires to a new term.

Allende (71), whose father in 1973 after the coup was ousted as president by dictator Augusto Pinochet, told that many Chileans have urged her candidacy.,, For me it's an honor that people see me as an option. But it is also an important symbolic element that further rises another Allende. ''