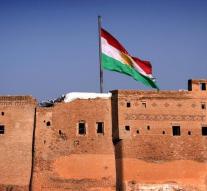 - Terror movement Islamic State carried out an attack with mustard gas last year at Kurdish fighters in northern Iraq. It has a source said at the Organisation for the Prohibition of Chemical Weapons (OPCW) on Monday.

The attack took place in August in the Kurdish city of Erbil. Some 35 Kurds were affected by the gas. The OPCW will not officially say who was behind the attack, but according to the source, research has shown that poison gas was used by IS fighters.

Another diplomat, who requested anonymity, said that the gas originates possibly from Syria. That would mean that the regime has no openness in Damascus over all its chemical weapons. The chemical weapons by the Syrian government were removed under the supervision of the OPCW in 2013 and 2014 and destroyed.