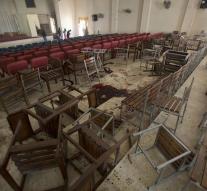 - Khalifa Umar, one of the regional commanders of the Islamic State is Wednesday at an American air strike in Afghanistan killed. Three other IS terrorists also died in that attack.

The US Department of Defense said Wednesday that Khalifa was held responsible for various attacks, especially in Pakistan. He was the director of the attack on the Bacha Khan University in January this year which resulted in nineteen deaths. He was also held responsible for the horrific attack on a school in Peshawar in 2014. In that attack 130 children were killed.

Almost simultaneously, CIA director John Brennan said recent suicide bombings in Saudi Arabia almost certainly be the work of Islamic State. The intelligence service declared the actions of the terrorists in the ally,, a particularly dangerous threat. 'The actions where it is carried out in three Saudi cities during Ramadan, the Islamic holy month.