Home / World / IS fighters shooting at Israelis in Golan 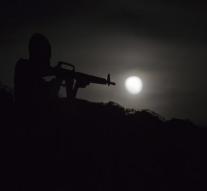 - Jihadists on Sunday in the Syrian Golan Heights attacked Israeli soldiers. It is according to the newspaper Haaretz very unusual for Israeli soldiers there fired by jihadists. They wanted to let the Israelis in an ambush, said a spokesman of the army. They were fighters of the Shuhada al-Yarmuk, a move from the region with ties to Islamic State (IS).

The fighters are in accordance with an Israeli officer after attack from the air off by the Israelis. It was the four jihadists in a vehicle where a heavy machine gun was put on. It was a few hundred meters from the Syrian border with the part of the Golan occupied by Israel.

The Israelis have also Sunday guns of the Syrian army in the village bombed.