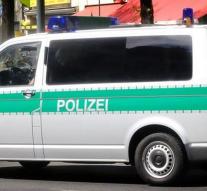 hamburg - German police for two weeks under the spell of the bizarre murder of 16-year-old Victor Hamburg. It turns out that IS was behind the fatal murder. This writes the German newspaper Bild.

The German-speaking part of Amaq news agency, which is linked to IS, writes: 'Two men were stabbed by a soldier of the Islamic State on October 16 in Hamburg. The operation was carried out in response to calls to attack citizens of the coalition. '

The fatality was on October 16th around 22. 00 pm with his girlfriend of 15 on the Alsterufer, at the Kennedy when they were attacked from behind by a man thrusting into them repeatedly with a knife. Then the offender pushed the 15-year-old girl in the water and disappeared.