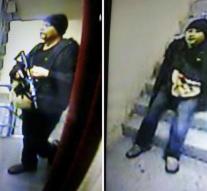 - Terrorist organization Islamic State has claimed the massacre in Manilla via its 'press office' Amaq Friday. The victims would have been killed by 'followers of IS'. This while the local police speak of a robbery and maintains that there was one perpetrator, who also had no ties with terrorists.

Certainly 36 people were killed in the capital of the Philippines.

The police said the perpetrator had no terrorist motives and was probably a gambling addict. Perhaps he wanted to get rid of casino casualties. Nevertheless, the Islamic State terrorist movement demanded the attack on Friday.

Read also: Dozens of deaths after robbery at Casino Manilla