Home / World / IS commits attack on market in Iraq 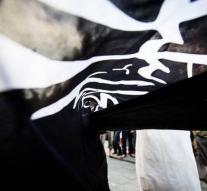 karbala - A suicide terrorist attacked a market in the Iraqi city of Karbala on Friday. At least twenty people died when the assailant blew himself up. 25 others were injured, reported Iraqi security sources.

Karbala is located about 100 kilometers southwest of Baghdad. Shiite Muslims consider the city to be very holy.