Home / World / 'IS calls for more attacks on Christmas markets' 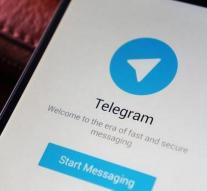 berlin - Terrorist Islamic State Movement calls for more attacks on Christmas markets such as Monday evening in Berlin. It reports the German newspaper Bild. The newspaper relies IS internal communications.

In a private room at the messaging service Telegram terrorists is hard to make more attacks using trucks as in Nice and Berlin, according to Bild. Although such attacks have not been invented by IS, they will be glorified by the terror movement since 2010.

A German jihadist would have said half an hour after the attack on the Berlin Christmas market Telegram that you no more than a car need to plow such kinds of attacks. 'So who is going to do next Christmas. '

This man in recent months would have called several times to carry out attacks in the style of Nice. There, on July 14 drove a truck at high speed into a crowd on a boulevard. Thereby falling, in addition to the perpetrator, 87 deaths.