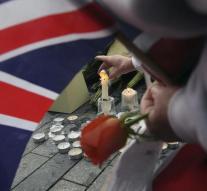 london - The Irish police arrested a second person who might have been involved in Saturday night attack in central London. That has revealed The Guardian on Tuesday evening. After a tip from the British, a Moroccan was arrested in Limerick on suspicion of using forged documents. In his flat, papers were found in the name of one of three shot terrorists.

Irish Prime Minister Enda Kenny confirmed Monday that Rachid Redouane lived for a while in Ireland but had not noticed that. Redouane married in 2012 with British Charisse Ann O'Leary.

A man previously arrested in Ireland in connection with the terrorist act at London Bridge and Borough Market, which cost seven people, has now been released without charge.