Home / World / Iraq starts with a series of terrorist executions 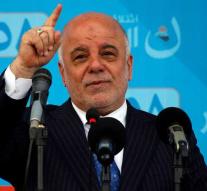 baghdad - Iraq has executed the first twelve sentenced terrorists. This happened a few hours after the Iraqi Prime Minister Haider al-Abadi ordered the immediate execution of all sentenced terrorists, including foreigners and women. It involves more than three hundred people.

'Following the orders of Prime Minister Haider al-Abadi, executions were carried out on twelve convicted terrorists,' said a government spokesman in a statement.

Al-Abadi made the decision for the executions in retaliation for the murder of eight government officials who had been kidnapped by fighters of Islamic State. Security officials found the severely mutilated corpses of their colleagues on Wednesday.