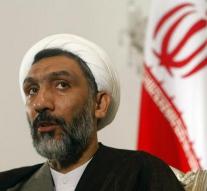 tehran - Iranian Justice Minister Mustafa Purmohammedi wants there to be fewer pronounced the death penalty in his country and sentenced to be executed.

He told news agency ILNA death sentences not entirely exclude, but in recent years it has become clear that they are often not effective. Therefore, what is considered as he is concerned the revision of the law. The judiciary in Iran is that with him.

Iran is one of the world countries with the most executions. According to Amnesty International, there were 977 in 2015. This year, the state executioner already put to death more than seven hundred criminals, often because of drug-related crime and sexual abuse of children.

Purmohammedi told that there is currently research going on to find effective alternatives to the death penalty. The subject is soon to debate in parliament. Justice did last summer extensive research and concluded that despite the many killings the smuggling of drugs and the quantities have increased rather than decreased in Iran.