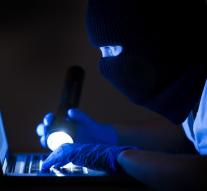 - Iranian hackers have taken over in 2013 while managing a dam near New York. The action led to great anxiety, even in the White House, US media reported Monday.

The small dam in Rye on the border between New York and the State of Connecticut is part of the local water and should help to prevent flooding. The incident has not yet officially made public and was one of the attacks by suspected Iranian hackers include websites of US banks. Hackers from an American secret service had the previous year, an Iranian nuclear institution corrupted by 'computer worm Stuxnet.

The concerns in the US not so much concerned the few strategic targets in Rye in itself, but the vulnerability of the infrastructure on the Internet throughout the country.