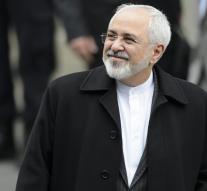 tehran - For the first time since 1979 in the Shiite clergy in Iran seized power, the country has a woman as ambassador. Local media reported Thursday that the 53-year-old Marzieh Afsham been appointed Iranian ambassador in Kuala Lumpur, capital of Malaysia.

The ISNA news agency says that the Foreign Minister, Mohammad Javad Zarif, the appointment has broken an intractable taboo in his ministry. Afsham been working for 33 years in the ministry and was there from August 2013, the spokeswoman said.

She is the second Iranian ambassador. The empire became Iran in Copenhagen from 1975 until the 1979 Islamic Revolution represented by a woman, Mehrangiz Dowlatshahi.