Home / World / Iran refuses flights to and from Kurdish Iraq 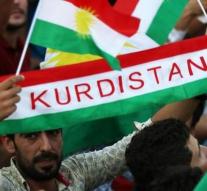 teheran - One day before the planned Kurdish independence report, Iran has stopped flights to destinations in the semi-autonomous region of Kurdistan in Iraq at the request of the Iraqi government.

The Kurds in Iraq want to hold an independence report on Monday. The Kurdish Autonomous Region wants to create a mandate with the national council to negotiate independence with Iraq and neighboring countries like Iran and Turkey.

Iraq, Iran and Turkey do not see an independent Kurdish state. The United States is also strongly opposed to an autonomous Kurdistan.