Home / World / Iran refers to its own sanctions 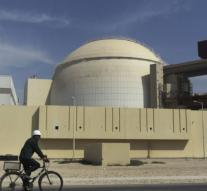 teheran - Iran threatens with a 'powerful' response if measures are taken against Iranian forces. That said a spokesman for the Iranian Ministry of Foreign Affairs, who stressed that his country continues to develop defenses such as the rocket program.

'Iran will react strongly to any action against its armed forces, including the Revolutionary Guard,' said the Iranian state television spokeswoman. He presumably took an advance on US President Trump's speech, which sets out his Iran strategy later on Friday.

The White House declared in a statement on Friday that Trump would focus his arrows on that mighty Revolutionary Guard (IRGC).