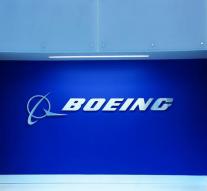 tehran - Iran has reached an agreement with US aircraft manufacturer Boeing about the delivery of eighty new planes in the next decade. With that deal Sunday published an amount of approximately $ 16.6 billion (15.7 billion euros) involved.

Iran buys for the first time in decades, planes of the US company. Because of the trade sanctions in 1979 after the Islamic Revolution were imposed on Iran, the country had for years not buy aircraft from Boeing. Early this year, a large part of the sanctions were lifted after an agreement on the Iranian nuclear program.

In June, a preliminary agreement has already been signed between Iran and Boeing. At that time there were still hundreds of airplanes and had to wait for a green light from US authorities. Such authorization would, according to the Iranian state news agency now around.