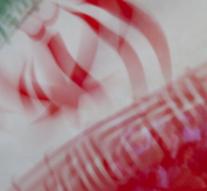 - An Iranian-American businessman improving ties between Iran and the United States promoted, has been arrested, according to the Wall Street Journal about two weeks ago in the Iranian capital Tehran. The American newspaper is based on sources that have been informed of the arrest. Which would be carried out by security forces affiliated with the spiritual leader of Iran, Ali Khamenei. Where he is accused of, is not clear.

The arrested man, Siamak Namazi, works in the top of oil company Crescent Petroleum Co. It is headquartered in Dubai, but had gone to Tehran to look for relatives. According to friends of Namazi is the home of his family searched and took his computer. Since then, cyber attacks would be carried out by e- mail contacts of Namazi.

US officials say they are aware of the arrest, but refused to say more about it. Namazi is the fourth Iranian- American who in recent years has been arrested in Iran. Three of them, including a journalist from the Washington Post, have been accused of espionage or subversion.

The past few weeks had been arrested Iranian businessmen in Iran, also with ties to foreign companies. The Wall Street Journal reported Thursday also recently a Lebanese expert in the field of information technology and was arrested. The man, Nizar Zakka, lives in the US He spoke at the invitation of the Iranian government at a conference and met several ministers.