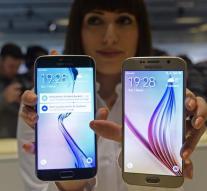 - Apple and Samsung this year were the great rivals in smartphones. On Google, the battle won by Apple, according to the annual review of the search engine. In the Consumer Tech was the most widely searched on the iPhone 6S, with the Samsung Galaxy S6 in second place.

In addition, Google users looked a lot like Apple Watch, iPad Pro and LG G4. The tech topics, incidentally do not appear in the top 10 of the most commonly used search terms. That list is headed by basketball player Lamar Odom, followed by Charlie Hebdo, Agar. io, Jurassic and Paris.Charlie Hebdo tops in the category Global News. The sporting events where people most often requesting information on Google, the Copa America, Wimbledon, the Tour de France, the Rugby World Cup and the Super Bowl.
NEW