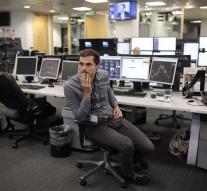 amsterdam - Analysts are talking about each other to indicate the British election results. Financial markets had counted on a majority for Theresa May.

The uncertainty that has arisen now has particular consequences for the Brexit negotiations and for the British pound. But for the time being, uncertainty over the precise impact prevails, for example on how the Brexit is coming out now.

One of the most important questions this morning is what this outcome is for the Brexit negotiations. On 19 June, they will start, but it is not yet clear what the EU negotiators face.

'This election results prove that many voters are not in favor of the hard Brexit such as Theresa May,' said Jim Leaviss of the UK Asset Manager M \u0026 G.

If a cabinet comes under the command of the Conservatives, then May has much less power to push her plans.

The British economy has been delaying since the Brexit referendum. Due to the fall of the pound inflation has been harder than wages. That means less purchasing power for consumers.

The British main index FTSE is higher this morning. 'In particular, companies that make up much of their sales abroad do it well today,' says Zangana. The smaller listed companies that are more focused on the UK market are just under pressure.

The main response to the financial markets can be seen in the pound rate. It is lower by the end of the morning than any other major currency. Against the euro, the pound drops 1.6%, compared to the dollar 1.8%.

'The price drop is less vigorous than expected,' says Leavis of M \u0026 G. 'This is because the currency has already lost a lot of ground in the last year since the referendum.