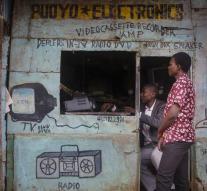 nairobi - The Kenyan police and tax authorities have invaded an office of a pro-democratic organization on Wednesday. He had asked critical questions about the preparations for the controversial elections last week.

This said the director of the African Center for Open Governance (AfriCOG) against the press agency Reuters.

The invasion follows allegations from the government to AfriCOG and another civil society, the Kenya Human Rights Commission (KHRC), of administrative and fiscal violations. The threat of closure of the organizations that played a leading role in monitoring the elections has been condemned by the United Nations and international law groups such as Amnesty International and Human Rights Watch.

Sitting President Uhuru Kenyatta won the election of August 8 with a difference of 1.4 million votes. International and domestic observers say that the electoral process was largely free and fair, but opposition leader Raila Odinga has contested the results.

The Kenyan television showed images of the invasion. Lawyer Maina Kiai asked why the tax office had three truck lorries from the police.