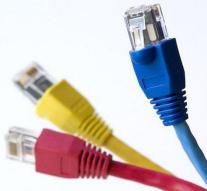 amsterdam - The Dutch Internet pioneer Rob Blokzijl is deceased Tuesday at the age of 72. Writes Tweakers.

Blokzijl enjoys mainly known as one of the key figures in the European Internet. He was in 1989 a founding member of the European Réseaux IP, shortly RIPE. Until 2013 he was Chairman of this platform to promote the development of the Internet. In 2010 Blokzijl was knighted in the Order of Orange-Nassau.On the website of RIPE is to read a tribute to Blokzijl.
NEW