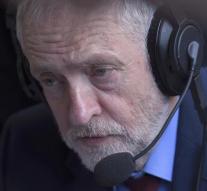 Monday should be spoken about the actions of Corbyn, find MPs Margaret Hodge and Ann Coffey. Division President John Cryer has to make a judgment on the motion and decide whether there is going to be debated. If it's Tuesday there will be a secret ballot among lawmakers.