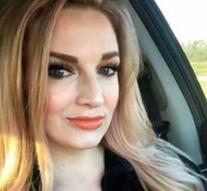 sacramento - A nurse who said on Facebook that a man had been shot dead by the police was dismissed in the hospital where she works.

Faith Linicum responded to the news that an unarmed black man in Sacramento who fled to the police had been shot.

The nurse who works in the obstetrics department writes: 'He fled for the police, jumped over fences and broke into people. Why run? He deserves it because he is stupid. '

Her comments under a message was picked up by black activist Christina Arechiga: 'this racist woman works in the maternity ward. Can we trust her dark babies? Nurse must help people, not be happy when they die '. The reaction of Arechiga was quickly shared by 2.000 people and the pressure on her employer began to increase.

The hospital then decided to dismiss her and to distance herself from their nurse. 'This does not fit with our organization'.

The 22-year-old Stephon Clark was shot dead in the garden of his grandmother on March 18th. The police had shot at him twenty times. Six bullets were in his back. Later he only had a phone in his hand.