Home / World / Innocent sentenced in US after 23 years free 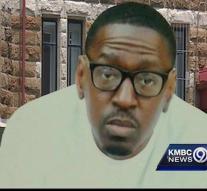 kansas - The 41-year-old Lamonte McIntyre may leave the prison after 23 years. In 1994, he was wrongly sentenced to twice for twice for a double assassination in the American city of Kansas. He was seventeen years old.

McIntyre has always maintained that he was innocent. Forensic evidence was never found in the murder case. After major witnesses had revoked their statements, the road was released for McIntyres release. Action groups spent eight years reviewing his case, reporting local media.