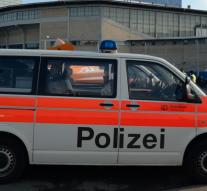 zurich - In a shooting near an Islamic center in the Swiss city of Zurich on Monday evening three people were injured. The perpetrator fled, police said.

Whether there is a connection between the shooting and the center is unclear. The wounded were taken to a hospital. Police have blocked the area.