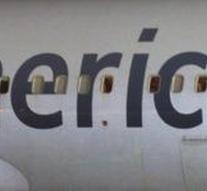 newfoundland - Seven people are injured Sunday night by severe turbulence during a flight from Miami to Milan. The plane made a stopover in the Canadian site Newfoundland, so the injured passengers were taken to hospital.

Were 203 passengers on board the aircraft carrier of American Airlines. According to CNN, three flight attendants and four passengers injured by short heavy turbulence. Other passengers and crew have been checked in Newfoundland. It is not yet known when the flight can be resumed.