Home / World / Injured by lightning at Rock am Ring 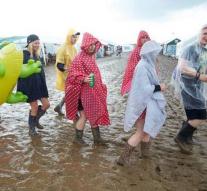 koblenz - Several people were injured Friday when lightning struck the German music festival Rock am Ring. A police spokesman could not say how many casualties it was exactly.

The German weather service warned Friday evening for severe thunderstorms in the west of Germany. The festival is held in Mendig, near Koblenz. The nature of the injuries, the police spokesman could not say anything.

The opening act of the festival was temporarily halted due to a thunderstorm. Many of the 80 000 visitors left the festival. By now it is dry and there occurred again.