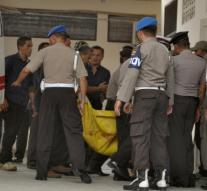 jakarta - In an anti-terror operation in Indonesia, the police in the central-eastern part of Sulawesi slain the most wanted terrorist in the country. Santoso was the leader of a group of Muslim extremists who would be responsible for several robberies and attacks on police guards. In 2014 he was the first Indonesian militant leader who swore allegiance to IS.

The terrorist leader was gunned down in a shootout with police in the town of Poso. The physical surplus has been identified by several people, reports the police. With DNA testing to get the agents certainty that it is the wanted suspect. Santoso has been wanted since 2013.