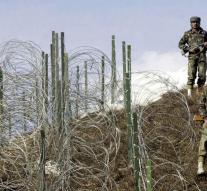 - India claims to have in the disputed region of Kashmir attacked terrorist bases. Which were on the Pakistani side of the demarcation line that divides the region into an Indian and Pakistani Kashmir. The Indian General Ranbir Singh said Thursday at a news conference that commit terrorist attacks from Pakistani territory on Indian targets. According to the General India wants peace and tranquility in the region and the attacks discussed with Pakistan.

But this country has denied Thursday that India has carried out such targeted attacks by terrorists. Pakistan reported that there were slain with shot exchanges between Indian and Pakistani troops in Kashmir two Pakistani soldiers.

Kashmir is disputed since British India was partitioned in 1947 into predominantly Hindu and a Muslim part. That tore the mountainous Kashmir. It broke immediately on fighting between the new countries, India and Pakistan. They argued there are two wars over (1965 and 1999).