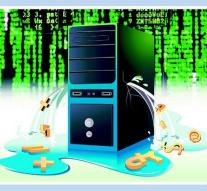 the hague - In 2016, nearly 5,500 data breaches have been reported to the Authority for Personal Data. Particularly in the health and well-being is often striking: nearly one in three data breaches had in this sector instead, the AP writes in the Annual Review. Also in the financial services and public administration goes wrong regularly, respectively 17 percent and 15 percent. This has to do with the fact that personal data are processed much in those sectors.

Of the approximately 5500 reports the AP in 4000 cases, made an initial examination. In response, hundreds of organizations have been reprimanded. In several dozen cases a deeper study was ingsteld.

The watchdog also notes that awareness has increased among people about the consequences of data leaks and the need for protection of personal data.